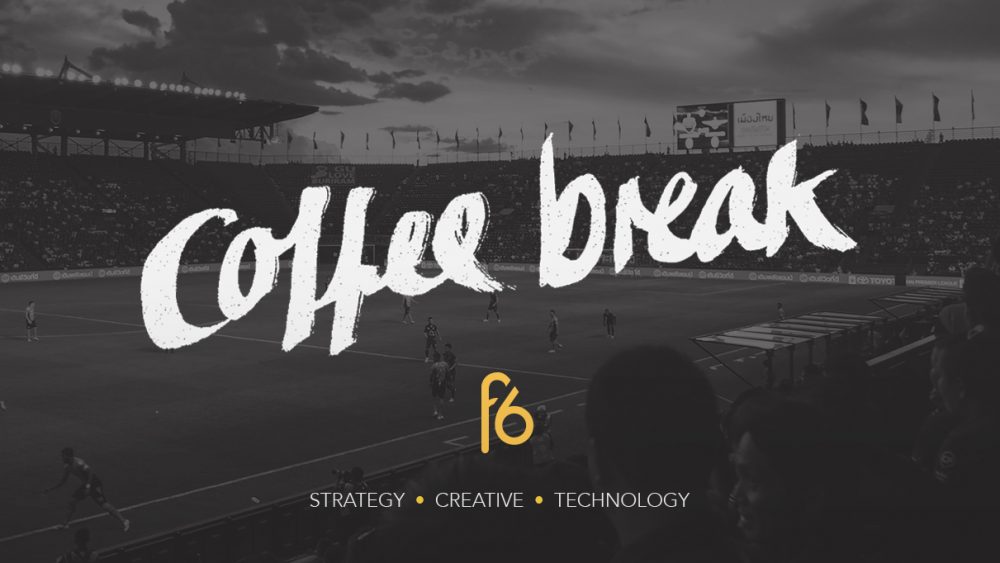 What can we learn from “the worst rebrand of all time”? | Coffee Break

If there’s one thing I’ve inadvertently learned more about than I ever intended to, it’s football. White noise in our flat is Sky Sports, and the general atmosphere is more than likely to be dictated by whether Liverpool have won or not.

I’m by far no expert in football,­ but it’s my experience of those tenuous atmospheres, infamous for fluctuating between sheer delight and utter disappointment, that made me take a sharp breath when I received the email: Leeds had redesigned their logo.

Going to Hell and back for your brand

There’s nothing quite like football fandom. Feeling You’ll Never Walk Alone rumble up through my feet as it was sung by the second biggest crowd ever at Wembley stadium is something I’ll never forget. Watching ArsenalFanTV after they’ve lost breaks my heart, while ribbing Chelsea fans for their ”Chelseaaaaaaa, Chelseeeeeeaaaaaa” chant never fails to amuse me.

Video: By the fans, for real fans, ArsenalFanTV

And then there are Leeds fans.

Mark Ritson’s brilliant article on the new Leeds Logo tells an excellent story which sums them up pretty well. It takes place a good few years ago at Ali Sami Yen, a stadium home to Turkey’s Galatasaray team, and not so lovingly referred to as ‘Hell’ before it was demolished eight years ago. Often visiting teams would succumb to the intimidation of the home fans with their domination of the stadium—complete with fireworks, deafening noise, and banners welcoming them to Hell.

“I remember watching the Leeds team enter the stadium on TV that night in a pub and scanning the stands to take in this wondrously intimidating sight – a day after two travelling Leeds fans had been stabbed to death in Istanbul. As the camera panned across to the tiny contingent of Leeds supporters, surrounded at all corners by hordes of red-and-yellow fanatics, two of the Leeds contingent unfurled a giant white banner. ‘Hello Hell,’ it said. ‘We are Leeds’”

To put this further into perspective, it’s worth noting that Leeds don’t have a great winning track record. But the passion, the resilience, and the allegiance are still almost tangible.

Despite the disappointments, Leeds fans keep turning up—even in Hell.

“If there’s one group that gets agitated about logos, it’s sports fans” – Michael Bierut, 2013

It goes without saying that football fans have very strong attachments and opinions about their teams. Nowhere will you get bigger brand ambassadors, world over. Football brands are so deeply ingrained in people’s lives that, so incensed with the team’s performance, Arsenal fans in Zimbabwe showed up at a protest celebrating the end of Robert Mugabe’s 37-year reign to hold up “Wenger Out” banners.

They’ve even turned up to the Pope’s Easter address.

And like most brand strategies, you need to build a brand that can drum up enough emotional investment to convert the—in the case of football, undying—support of consumers into commercial revenue. And although reasons for football fandom are complex and not at all on the same level as my relationship with Coca-Cola, by god are these clubs good at converting emotional attachment into cash.

Ever walked into a club’s store and felt that insane feeling you’re walking into something far more prestigious than something built to celebrate 11 men trained to kick a ball around? Adverts for football always seem to celebrate something much bigger, something magnificent for us to buy into. And then there are the broken men of ArsenalFanTV still buying season tickets despite their anger. What other brands can brag that even after bad experiences, people keep buying the product?

That isn’t to say that these brands can do no wrong. Ironically, the very attachment they look to nurture to get that all important profit, is also perhaps their most dangerous threat. It’s a precarious balance. The fans are made to feel like they own the brand—they do after all make up a good percentage of the game—and when things happen that they don’t agree with, whether it’s a line-up, a transfer, or a logo redesign, it makes for an unsettling atmosphere. And not understanding this is where Leeds went wrong.

So, back to the logo.

Here’s what happened: The new logo launched on Twitter out of nowhere.

Leeds fans did not react well. Within a few hours, 77,000 people had signed a petition against the new design.

Within a few more hours the new logo had been pulled, followed by an apology and a promise to reconsider, this time with the input of fans. It’s a record debacle that’s already been dubbed the “worst rebrand of all time”.

Let’s throw craftsmanship out the window here. Admittedly the logo doesn’t look great, but this really isn’t a discussion about visual execution. Instead, it’s about meaning, launch strategies, and above all isolation of the ones that wear it on their chests, hats, scarves, and in some cases, their skin.

The new logo had no real bearing on the heritage, the history, or spirit of the team—there was no story. No fan could locate any kind of visual to latch onto that said, “yes, this is my team and what we stand for”—besides the ‘Leeds Salute’, which, ironically claimed to put fans at the heart of the rebrand but ended up looking like an illustration for Gaviscon.

The launch was also heavily blindsided. Imagine coming home from work to find someone has thrown all of your possessions out and redecorated (and it isn’t being filmed for some heartwarming tv).

Michael Bierut summed up the tricky nature of sport brand redesign in 2013 when describing his experience of working on an athletic rebrand:

“Clearly, part of the anger this change aroused was based on the idea that it was being imposed on them by remote, detached “experts” with no concern for the feelings of loyal fans, fans who have their own unique histories with their brands, histories that had abruptly been rendered null and void.”

And it’s something that can happen to any brand. Launching a new logo in the social media driven, co-participant, co-creation marketing age is a sticky business.

Leeds failed to recognise their fans as an asset, unlike Manchester City who had successfully rebranded a few years ago by conducting a four-week consultation with both fans and non-fans, giving them access to detailed questionnaires. They also actually announced what they were intending to do alongside the reasons for it.

The key for other brands to learn here is the importance of not only your fans, but your design process.

Know your audience. Respect them. Value their opinions and what they want from a brand. And above all make that research part of your design process. After all, it’s their money that keeps you in the game.