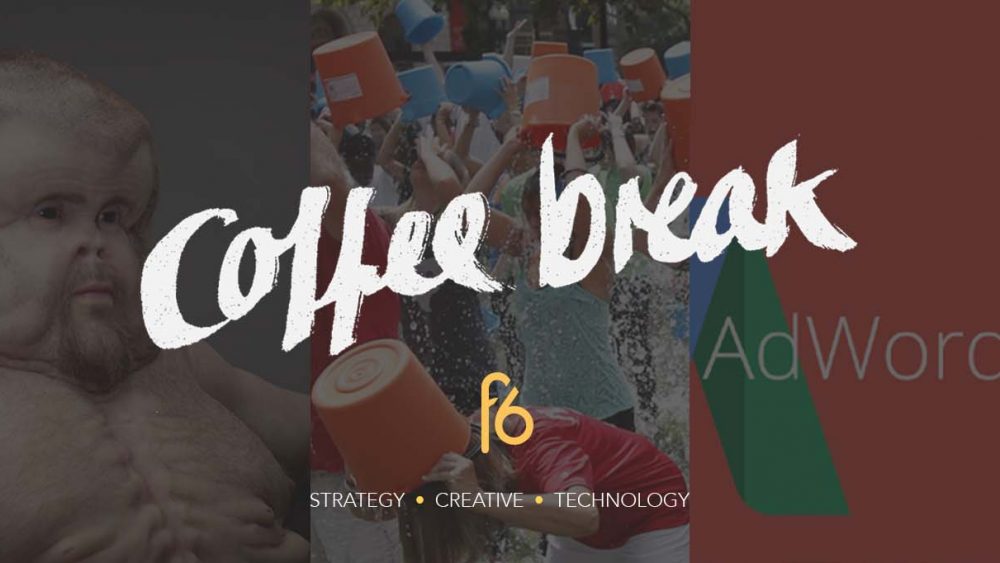 Here’s our round-up of what we’ve been talking about this week including how to design the body you need to survive a car crash, enhancing your ads with Google Adword price extensions, and what marketers can learn from the Ice Bucket Challenge.

Meet Graham: the guy with the body you need to survive a car crash

Unfortunately, while transport design has progressed, our bodies have failed to evolve at the same rate to be able to cope with the wider consequences. And in a time where safety conscious hedgehogs just aren’t cutting it when it comes to road safety campaigns, Australia’s Transport Accident Commission is attempting to tackle the subject from a different angle – human vulnerability.

The human body is only capable of withstanding forces from speeds we can reach unaided. At 30kph the chances of a fatal outcome for a pedestrian hit by a car increase significantly. That’s roughly 18 mph, and 10 mph slower than Usain Bolt’s 100-meter sprint. And while Bolt is undoubtedly fast, I doubt many of us associate those kinds of speeds with death.

So how do you visually show how vulnerable humans are without going down the familiar route of slow motion crashes with some neat CSI style bone breaking graphics?

You go in the opposite direction. You show people what they’d have to look like to actually survive low impact crashes. And let me tell you, while I’m sure Graham has a lovely personality, he isn’t exactly a looker.

With everything from chest sacks that act as air-bags, to a flat face and knees that bend in all directions, each design decision is built on tackling all the human body’s flaws when it comes to surviving impacts. Indeed, Graham is a life size educational tool that reminds us just how vulnerable we are, even when wrapped in a metal shell. What a thought provoking project.

In tackling the wider context of road safety, the campaign also includes an interactive website and educational resources which you can view here.

We all know the power and huge benefit there is with using Google AdWords, but Google is rolling out a new way for advertisers to showcase their services, products, and prices with a new extension for AdWords text ads. This is very exciting as it’s expected to have a huge impact by allowing brands to take up a significant amount of space on your mobile device.

Whether you are launching a new product, offering a promotion, or showcasing your services, this extension will help you to provide details along with pricing information, as well as allowing users to click on the individual extensions  to take them directly to what they are looking for.

We can now measure better than ever before. If your website is great, your PPC will be successful. With increasing content saturation, there is no question as to whether SEO is becoming increasingly difficult. This means that brands need to work harder and smarter.

Things to bear in mind include: price extensions only showing on mobile to start. They are only available in English at this point and it’s only the top ad position that is eligible for price extensions. This will become exceedingly popular and drive up competition and prices on mobile.

The ice bucket challenge can teach us an ice cold lesson

Marketing may have a bad reputation, but recently there’s been a viral campaign that has proven that when used well, marketing can lead to good results: The ice bucket challenge.

The challenge consisted of recording yourself having a bucket of ice thrown over your head and posting it on social media to raise awareness of ALS and encourage donations. At the end of the video, the brave participants would nominate friends to do the same. The phenomenon flooded the main social media channels with videos of people taking part, and was labelled as “useless” and, as The Guardian reports in this article, an act of “slacktivism”, meaning that it would never have a real impact in the world. But this one did.

The funds raised have helped identify a new gene associated to the disease.

This is the kind of campaign that deserves a Cannes Lion. This is a campaign that not only has engaged and raised awareness all over the world, but has managed to empower people to be part of the campaign. It has been so effective in so many ways. And this kind of initiative is what Cannes should be about and should champion, rather than accepting entries from prototypes or ideas that have never been implemented and are just presented for the sake of winning an award.

If you want to find out how to create an effective viral marketing campaign you can read my post here.