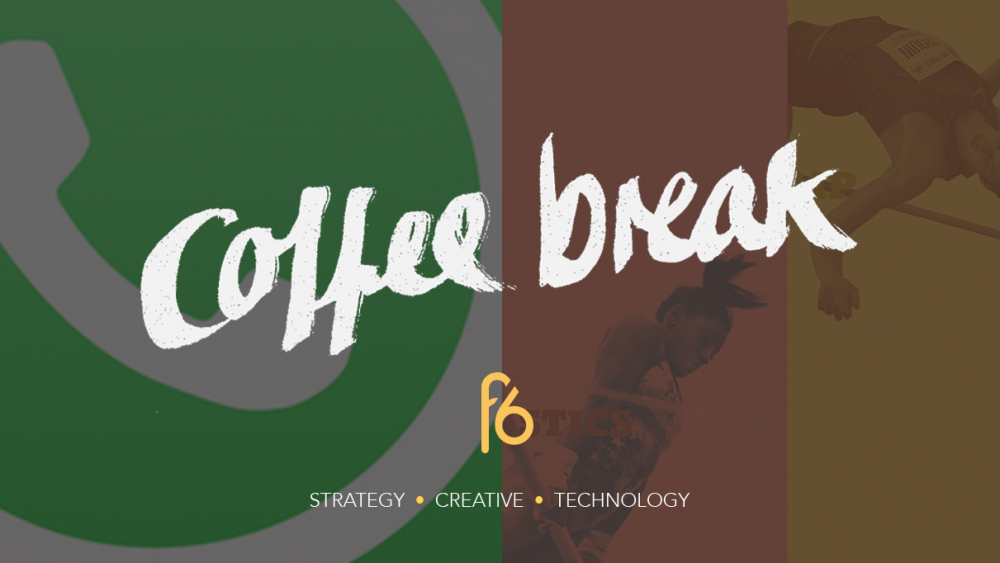 Here’s our round-up of what we’ve been talking about this week including what Facebook’s plan for advertising through WhatsApp could mean for users, and how online capabilities are transforming in depth analysis of the Olympic Games.

WhatsApp as an advertising platform

WhatsApp, the social messaging service acquired by Facebook for $19bn in 2014, is arguably the world’s fastest-growing communication app. We all use WhatsApp for texting right..? Well I do, but what does it mean now Facebook have announced that they will begin to share more data and start letting companies send messages to users directly on WhatsApp?

When I first heard the news yesterday I thought this might cause a negative reaction around privacy issues. WhatsApp anticipated this and has said: “Even as we coordinate more with Facebook in the months ahead, your encrypted messages stay private and no one else can read them. Not WhatsApp, not Facebook, nor anyone else. We won’t post or share your WhatsApp number with others, including on Facebook, and we still won’t sell, share, or give your phone number to advertisers.” Read more on looking ahead for WhatsApp here.

The platform is a great communication facility and I believe if done right, it gives businesses that you have already associated yourself with the chance to send messages to you via WhatsApp, rather than sending SMS text messages, i.e. airline flight updates. This will allow for more relevant and creative content to be sent to you using the app.

Users are always looking for a solid user experience and over the next few months WhatApp will be testing the messaging feature to make sure that they avoid a spammy experience. Only time will tell!

The Olympics may be over, our athletes may be home, and our normal sleep patterns may be returning, but that hasn’t stopped designers releasing some of the best in-depth infographics every four years.

From where Michael Phelps would rank in overall medal tables if he were a country by himself, to an 88 lane track comparing the performance of every 100-meter dash medalist since 1896, the data visualisations and interactive commentaries from the Rio games have been coming in fast. And this Olympic season has seen in depth analysis made vastly richer by improvements in interactive capabilities on the web.

The New York Times is by far in front in making use of these capabilities, pushing out innovative pages under the project title ‘The Fine Line’ that provide a visual and interactive analysis of competing athletes.

Full screen video with step by step scrolling innovatively and succinctly explains why Simone Biles is able to land her signature double layout with a half twist and blind landing, and how Derek Drouin can beat his rivals at high jump despite having a slower run up. These narratives provide some of the most impressive and educational content on the games I’ve seen this time round, and are a testament to the abilities of using online communication as an experiential tool for storytelling.