🎂 We're ten! Explore some of the things that have got us results over the past decade!
See the results
Kingston upon Thames
Free SEO audit
Get in touch 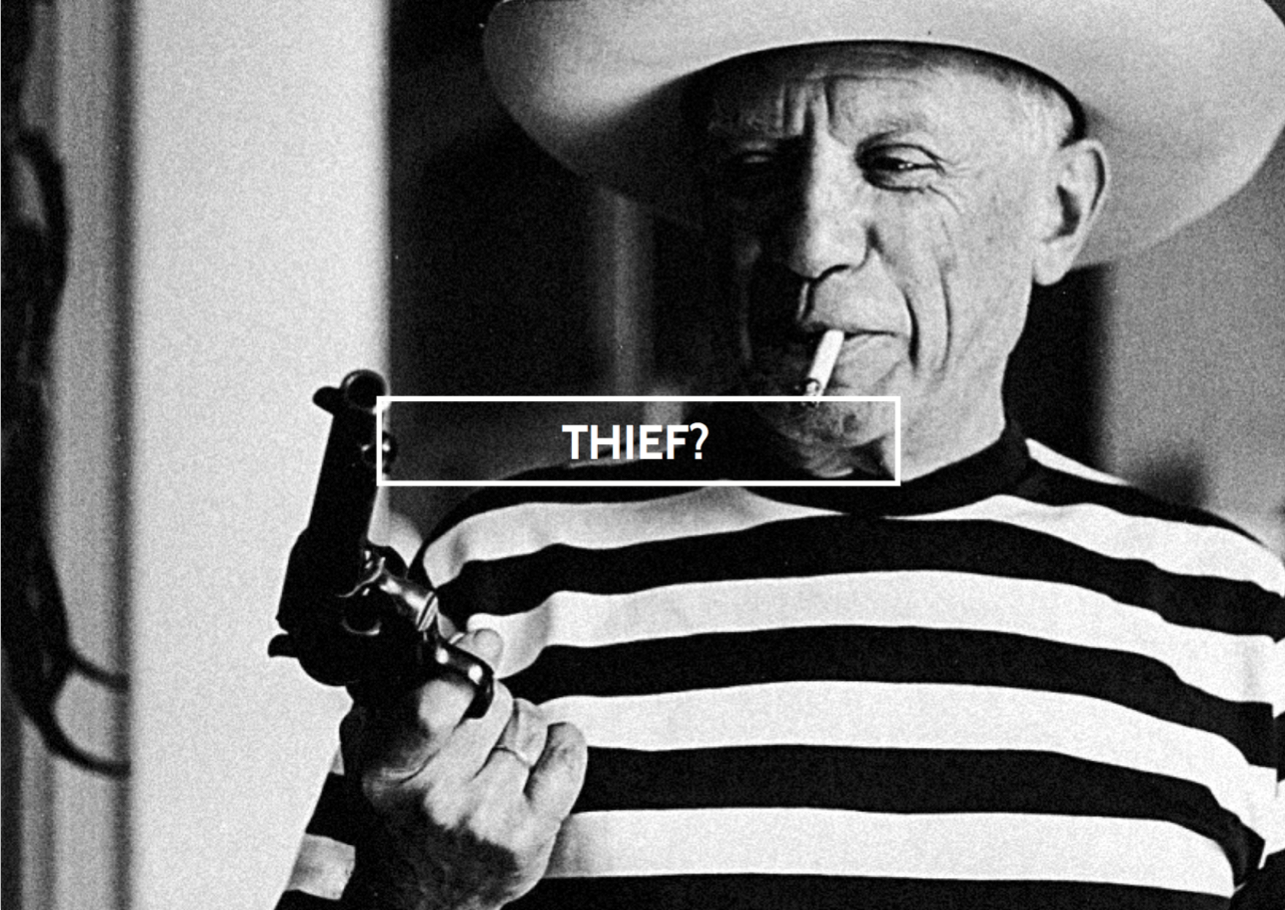 -
The topic of originality is a constant in the design world. From design school, to agency studios, to client meetings, it is a word that is almost guaranteed to surface, causing me to visibly flinch, followed up by a sustained internal scream. My issue with originality, however, isn’t with the word itself, but the ideology underpinning its usage. Rooted firmly in modernist understandings, we’re still using originality to mean working from ground zero. We demand work from ourselves and others that is new, not derived, imitative or influenced. We wrongly slot ‘original’ into the realm of being creative, praising work that is novel whilst scoffing at lookalikes. ‘PLAGIARISM!’ We cried in 2015, when it was pointed out that Japan’s Olympic logo looked like a logo from halfway around the world. ‘APRES MOI LE DELUGE; I WAS FIRST!’ we protest when noticing an influx of designs that look like something we did five years ago, whilst hitting send on that logo that looks a little like an image a client pulled off a Google search, and a lot like that thing we saw in a book last week. If this is the way we’re using originality, to put ourselves on a pedestal of innate originality, whilst casting the first stone on others then Picasso is a thief. I am a thief. And you are a thief. Designers, and clients alike are often seduced and obsessed by the idea of originality, which in many ways is suffocating and toxic in the design process. It is most dangerous when we become so concerned with producing work that is free of influence and similarity, that we reach the point of an ‘anxiety of influence’ (see the writings of Roland Barthes on authorship for more on this subject). We stop working because the pursuit of being original in the sense of innateness is futile. Creativity doesn’t exist in a vacuum, and is instead a process of mixing and matching quotations. In trying to be original we box ourselves in, and prevent divergent thinking. Influence is incredibly important in the creative process. Not only does it stop us hitting that anxiety wall, but it is the very basis of how creativity works. You can often trace the influences of great design, and great designers will often admit their influences. Let’s be clear: I am not advocating copying. Copying is theft. Influence is not. But the two are often hard to tell apart when we’re so concerned with loss aversion. It therefore isn’t just our understanding of originally that needs reworking, but the filter that tells us the difference between ‘copying’ and ‘influence’. And the difference is this: Influence is a push out the front door, copying is not even bothering to get off the sofa. Kirby Ferguson eloquently described everything as a remix, alluding firstly to the idea that we work on continuous lines of influence by building on the work of those before us, before allowing others to build on our work, and secondly to the inevitability of similarity when we are all working with the same cultural tools. That Olympic logo? Possibly a copy, but also possibly a coincidence. And these coincidences are going to appear more and more, and be pinned down as theft more and more. And it’s not just down to our overwhelming obsession with property and loss aversion, but Web 2.0, the greatest copying machine since the Xerox. Web 2.0 is interesting in that it has redefined how we police copying, whilst also making copying and influence easier. Intended to be used as a network for open sourcing and sharing, both its maxim and mechanics function on the basis of copying. The internet is not only redefining how a whole generation understand singularity by fostering a ctrl c, ctrl v culture, but also presents the challenge of infinite memory. It prevents the natural process of ideas dropping out of audience memory after a period of time, not only making calling out inevitable similarities and creative control easier, but also on the flip side, providing infinite opportunities for creative quotation. Copying is wrong. Influence is necessary. And Copyright is important. Copyright exists to protect the value of an idea, even if that idea is built on someone else’s. And this is where originality still has it’s value. It acts as a form of ownership and protection, a credit to the individual’s creativity, and a marker of influence and attribution for others to cite and work from, without it turning into a free for all. This idea of finding a balance between originality as ownership, and influence as integral to creativity, is best summed up by Lawrence Lessig, who wrote ‘a free culture is not a culture without property; it is not a culture in which artists don’t get paid’. It is instead a balance of control and freedom in creation, where the source of an idea is recognised, without restricting others to draw from the source for their work. This ideology focuses on protecting the originality of the individual whilst recognising that in order for creativity to not be stifled, collaboration and influence are key. It is impossible for originality to exist in the sense that we currently understand it. Originality is dead. But there is still a place for it in protecting designers and policing like-for-likes. . Long live the originality that cites and protects the designer, but recognises the impossibility of innate creativity. Long live the originality that doesn’t stifle creativity or expect us to work from ground zero, but instead aligns itself with the process of influence. I argue for a redefined originality that allows and celebrates the Post-modern culture of mixing and matching to create the ‘influenced new’.
Share on Facebook Share on twitter

What can we learn from “the worst rebrand of all time”? | Coffee Break

This website uses cookies to improve your experience while you navigate through the website. Out of these, the cookies that are categorized as necessary are stored on your browser as they are essential for the working of basic functionalities of the website. We also use third-party cookies that help us analyze and understand how you use this website. These cookies will be stored in your browser only with your consent. You also have the option to opt-out of these cookies. But opting out of some of these cookies may affect your browsing experience.
Necessary Always Enabled
Necessary cookies are absolutely essential for the website to function properly. This category only includes cookies that ensures basic functionalities and security features of the website. These cookies do not store any personal information.
Non-necessary
Any cookies that may not be particularly necessary for the website to function and is used specifically to collect user personal data via analytics, ads, other embedded contents are termed as non-necessary cookies. It is mandatory to procure user consent prior to running these cookies on your website.
SAVE & ACCEPT
Close
Search