🎂 We're ten! Explore some of the things that have got us results over the past decade!
See the results
Working from home
Free SEO audit
Get in touch 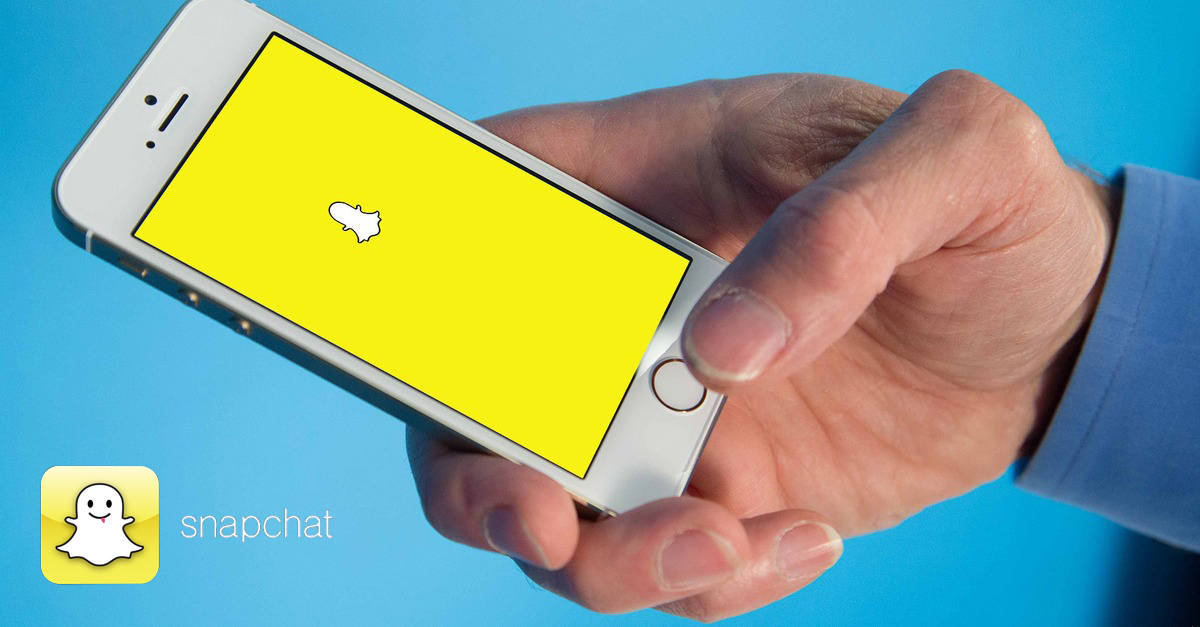 -
This Snapchat story begins with a burrito. It was mid 2013 and Taco Bell was making marketing history by claiming their place as the first brand to use Snapchat. Announcing their username via Twitter the brand made a promise that if users added them they would receive a secret announcement via the app. The following day, those who added Taco Bell were rewarded with a photo of the Beefy Crunchy Burrito, complete with a crude attempt at using the apps draw feature to announce its arrival date. Taco Bell had begun to successfully channel into the conversational, authentic and personable nature of Snapchat, and in doing so found a way to directly connect with their customers in a way that treated them as a friend rather than an end user.

The burrito snap heralded the beginning of a journey into innovative content creation territory, and since then Snapchat has grown into a popular and valuable marketing tool. So what exactly is Snapchat? The underlying premise of the Snapchat app is the ability to have visual conversations using images and videos that have a limited lifespan. Users take photos or videos to which they can then add captions or draw over. These ‘snaps’ can then be sent to select contacts, who can view them for up to ten seconds before the content is deleted. Users also have the ability to add snaps to their ‘story’. This feature places the snap in the stories section of Snapchat, allowing unlimited views by the users contacts over a 24 hour period. Snaps are viewed in the sequence they are added, giving it scope for brand storytelling. When making accounts, brands therefore have two options. The first is to send one time interaction content directly to users who have added them, complete with a notification straight to the users phone. The second is to add content to their story, with no notification, but unlimited interactions. In both these cases users are opting in to receiving messages from brands as they have had to actively search for and add brands as a friend, meaning Twitter and Facebook need to be leveraged to get a following. However, a third, more exclusive option, is the Discover feature. Added in 2015, the Discover feature opened up the prospect of advertising revenue for Snapchat’s owners. It currently consists of 15 publishing platforms, including, BuzzFeed, Sky News, MTV and IGN. These platforms push out content to all Snapchat users, no adding necessary. Content creation here is less limited than normal accounts, consisting of looped content with unlimited interactions over longer periods of time, with images and videos that can be swiped up to reveal articles, longer videos or CTAs. Currently the space for platforms is limited to 15 permanent publishers, but other brands can get a look in by buying full screen ads between content and sponsoring articles. Qaulcomm, for example, was among Mashable’s first advertisers. Screenshotting can and has undermined the apps unique concept of impermanence, but the ability to save snaps in this way has been harnessed by brands as a word of mouth tool. Which brings us to the question: How can brands use existing features on the app creativity to create engagement? Snapchat was never designed to be a marketing tool for brands. It now acts as a real-time platform that’s perfect for storytelling, and hasn’t had to change a thing. It is therefore perhaps most interesting that it directly encourages innovative marketing through creative content creation that exploits and challenges the existing tools of the application. Indeed, since the burrito snap, Taco Bell now uses Snapchat’s existing tools for video, quizzes, personalised eCards and even recruitment. The ability to screenshot snaps to save them is often utilised and encouraged by brands who push out images and encourage users to edit them and pass them on.

This function has been used for word of mouth messaging, to hold votes, and even play games. Snapchat roulette for instance is a popular game where the user is invited to screenshot at any point in a video made up of different images flashing at high speed, before passing their result back to the brand or to their friends. The app is perhaps most used as a device for pumping out real time behind the scenes content, but can also be used for giveaways, announcements and in store coupons. Each of these ventures use only the existing tool of impermanent imagery, whilst promoting engagement and conversation with users. And it’s this interactive, real time, and conversational element that gives Snapchat both its power authenticity. But what’s so great about Snapchat for brands? We’ve established that the tools of Snapchat can provide opportunities for brands to interact directly with users, on a personal basis, using existing tools in innovative ways. But how powerful is Snapchat as a brand platform in quantitative means? The majority of its users are 13 to 25 giving the platform a decent target audience. For brands like IGN who are featured on discover, using Snapchat is a no-brainer as it aligns with a big portion of their target audience. At the same time, Sky News, a brand perhaps less associated with 13 year old teens, pushes content that is factual with an internet meme makeover to make news content short, snappy and accessible to younger audiences. Sky News is essentially adapting their brand to Snapchat’s audience. The size of the audience is vast with an estimated 100 million users. That’s a massive audience ready to engage with brands. Most interestingly however, the majority of users are female, who are often regarded as an influential yet hard to target demographic. On top of this, engagement in the app is high. Sharing is consistently increasing with stories getting up to 1 billion views a day and 760 million photos sent daily. The app has reached the top three slots in many of the most developed markets, including the UK, US, Sweden and France. It is perhaps no wonder that brands such as McDonalds, Audi and MTV are Snapchat users. But what’s the downside? While Snapchat has a large audience and high engagement, it isn’t for everyone. Brands should ensure the specific age range of users is within their target audience. They should also be careful in targeting content and insuring the tone of voice and visual output are true to the informal and personal nature of the app. Above all, the content needs to be real time, engaging and authentic. Perhaps the biggest challenge for brands, besides the creation of appropriate and engaging content, is building a large following. If your brand isn’t lucky enough to be on discover, its near impossible to gain a following without interference from other social media platforms. Moreover there is no way to tell that you’re reaching the right audience, let alone measure interactions. Effectively, brands are practicing marketing in the dark by pushing out content with no back end to provide insight. Instead the only interactions that can be measured are how often users screenshot content and how often they send content back to you. Despite this, Snapchat still presents an exciting opportunity for specific and targeted content creation that’s real time, authentic and engaging. The ease for users to interact directly with content to create brand relationships and word of mouth messaging is only excelled by embracing Snapchat’s limited tools and thinking divergently about creative content creation.
Share on Facebook Share on twitter

Websites: to AMP or not to…

This website uses cookies to improve your experience while you navigate through the website. Out of these, the cookies that are categorized as necessary are stored on your browser as they are essential for the working of basic functionalities of the website. We also use third-party cookies that help us analyze and understand how you use this website. These cookies will be stored in your browser only with your consent. You also have the option to opt-out of these cookies. But opting out of some of these cookies may affect your browsing experience.
Necessary Always Enabled

Any cookies that may not be particularly necessary for the website to function and is used specifically to collect user personal data via analytics, ads, other embedded contents are termed as non-necessary cookies. It is mandatory to procure user consent prior to running these cookies on your website.