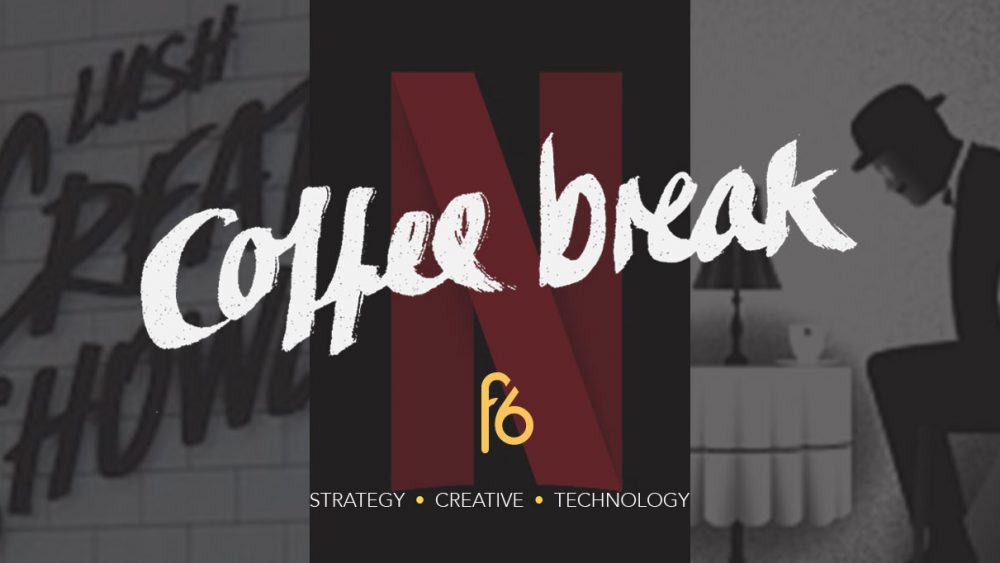 Here’s our round-up of what we’ve been talking about this week including Lush TV, interactive stamps of intrigue, and getting hooked on Netflix.

As brands struggle to engage and find new ways to connect with their audience, there’s a growing trend around video and creating short films or documentaries that show you what the experiences of using the brand are without being so obvious as product placement. You, of course, know it’s a branded video, but it tells you a story, shows you what you could do and who you could be, if you purchased the product/service. One of my favourites is a travel documentary by Airbnb, where the host travels the world and experiences local cultures.

Lush already has a video portal where they post how-to’s and staff meetings, but it’s currently only available to employees. They’ve also been experimenting with video for a long time on social and at events – maybe that’s why their strategy for the TV channel is so neat: short clips in the mornings for commuters, content that can be viewed without sound during office hours so people can watch it at work, and longer videos such as documentaries in the evenings.

Do I think it’s a great idea? Yes. Can any brand set up their own TV channel? Only with the right strategy in place, the right resources, and an experienced team.

Forty years after the death of crime writer and playwright Agatha Christie, Britain is commemorating the centenary of her first crime novel in the most British way possible: a set of postage stamps.

“Great(!)” You might be thinking, “some stamps for the best selling author of all time, only outsold by the bible and The Bard… clap… clap… clap”. But your cynicism (and mine) would be presumptuous.

It’s only on my birthday that I receive stamped mail (and even then, it’s a Christmas stamp from five years ago) – everything else is usually franked, but there’s something tactile about stamps that lend themselves to Christie’s noir era of anonymous, cryptic, poison pen letters.

Most importantly however, the designers have been incredibly clever by exploiting print techniques to add a further dimension of interactive storytelling to each stamp. Become a detective yourself to reveal secrets in each of the six stamps – from thermochromic ink that reveals a killer hidden behind a curtain when touched, to microtext on a suicide note that requires a magnifying glass to read. Visual illusions and UV ink also play a part in revealing hidden clues to complete the set of intriguing, immersive and interactive mini scenes.

Netflix is a powerful brand, with a slick streaming technology. It seems like everyone has an account with them nowadays, which isn’t that surprising. From their great selection of older titles, to their amazing new content, they have managed to build a good reputation.

I am one of those individuals that start a series and I can easily go through them one after the other until the end. I mean, how can you stop watching an episode when you are left hanging on the edge of your seat while watching Making a Murderer?

Netflix has recently expanded its research into how quickly viewers get hooked into a series. Looking across many countries, people get hooked on the same episodes and shows with similar themes.

“We’ve always believed there is a universality to great stories. The Internet allows us to share these stories with a global audience and what we see from the data is how similar our members watch and respond,” said Cindy Holland, Vice President of Original Content at Netflix. “The hooked findings give us confidence that there is an appetite for original and unique content all over the world, which is why we’re excited to deliver variety in stories to our members, whether they’re political dramas from France or musical dramas from the Bronx.”

Netflix is a powerful brand as users talk about “watching Netflix” as opposed to watching a specific show on Netflix. They often first decide to binge a Netflix show and then pick the series.

In other words, the platform is driving the content!